When I was first asked to write and plan this interview session, I was initially filled with trepidation. The idea of discussing somebody's painful experiences felt a little condescending to me. What if I ended up being an insensitive jerk?

Nevertheless, I did my homework and after some online “stalking", I found myself eventually warming up to the idea of talking to Sabrina. I even found myself looking forward to having a genuine conversation with her.

It's rare to find somebody who is so open and willing to talk about the pain they’ve been through - especially to strangers.

This interview didn’t really didn’t feel like an interview. It honestly felt like a genuine conversation between two people.

Without further ado, here are some of my reflections and thoughts.

Photo by Gus Moretta on Unsplash

The first question I asked Sabrina was the one that had been burning in my mind. Where did she find her source of strength? How did she stay optimistic?

As it turns out, there isn’t necessarily any kind of untapped source of strength and optimism within us that we can conveniently access whenever we need.

Whether we like it or not, we are often faced with trials that we have no other choice but to suffer through.

At some point in your suffering, you’re simply just going to have to ask yourself, “Can my worries change anything?"

Was there a point in agonising over what might happen, or what could have happened?

Once we realise the pointlessness of worrying and learn to let go (and trust me, it’s hard), we learn to live in the moment and to quit doubting ourselves.

Sabrina saw her ordeals as a trial that enabled her to become a better person and force her into embracing her life more fully - and I found myself respecting that.

Easy Ways to show love to Ourselves

Photo by Gulia Bertelli on Unsplash

Loving and appreciating yourself doesn’t have to be complicated. It doesn’t necessarily mean just meditating, exercising or indulging in sensory self-care routines.

Showing love to ourselves can come in the form of deceptively minor things. Sometimes it can be as simple as learning to say no. It can mean speaking up for yourself, or drawing your personal boundaries.

It can also simply mean learning to be kinder and less harsh on ourselves. Very often, we talk ourselves down without realising it. We are a lot more compassionate and understanding towards others, while being a lot less so to ourselves. While it is always important to set personal standards for yourself, it is important to be aware of when we are being unreasonable.

What are some key reasons for why we struggle with loving and accepting ourselves?

Photo by Jonny Caspari on Unsplash

One of the things that Sabrina said that stuck with me was that we tend to we look at ourselves with a magnifying glass. We exaggerate our flaws, insecurities and concerns in our head and make them a way bigger deal than they actually are.

I used to be extremely self-conscious about every single aspect of myself, both internally and externally. However, I realised that if I flipped the situation around and thought about whether I would genuinely care about these insecurities in someone else; I realised I wouldn’t.

So if any of you have ever suffered from particular insecurities, I’d urge you to do the same - flip the situation around and ask yourself, “If I noticed these insecurities about a person, would I honestly care?"

Photo by Garidy Sanders on Unsplash

Ever heard of the phrase, “Well I can’t help being like that, I’m just me”?

It’s a statement that’s both good and bad. On one hand, there’s something that can be respected about being unashamed and openly accepting of your flaws. On the other, this can be problematic if you simply expect everybody else around you to accept and deal with your flaws without seeing the need to better yourself.

For the flaws and insecurities that you can do something about and actively change — for instance, needing to be more financially responsible, or wanting to be a better writer.

These insecurities can be actively worked on.

Insecurities such as the way your face looks aren’t things that you can do much to change (well, unless you have plastic surgery).

The same applies to criticisms from both yourself and from the people around you. How do you draw the line between constructive criticism and just plain criticism?

An important way to go about it is:

Firstly, what are the intentions behind this criticism? Are these critiques well-intentioned? Is the person that’s saying it genuinely concerned and invested in helping you grow and become a better person? Or are they just geared towards making you feel horrible about yourself?

Are these critiques specific about what exactly is wrong? Are they offering any explanation for their critiques?

3. Can You Do Anything About it?

Most importantly, once again, is there anything you can do about these problems?

Photo by Pablo Heimplatz on Unsplash

We talk a lot about being ourselves, and genuinely living in a way we would like to live - to have personal authenticity. What does it really mean?

According to Sabrina, it is living in a way that is aligned with your values. These values are values that you truly believe in, and would stick to with little hesitation, regardless of what happens.

These are perhaps a certain set of ideals that you hold yourself to - for instance, living without fear and with integrity.

However, balancing your ideals and reality aren’t exactly a piece of cake either.

How do you balance your expectations of who you wanna be and how you actually are?

Photo by Aziz Acharki on Unsplash

Sometimes when we look at where we’re at right now, and who we aspire to be, we can feel a sense of hopelessness and panic. Are my aspirations too far-fetched? Are my goals too lofty? Should I learn to manage them? Am I being unrealistic?

I’ve struggled with those fears as well. There’s just so much I want to do and I feel like I don’t have any time at all.

We should always dare to dream. The problem isn’t with having these dreams - it’s about managing your feelings of overwhelm and making a conscious effort to plan to achieve them.

In the interview, Sabrina shared with us some tips given by Stephen Duneier, someone who holds several Guinness world records.

By breaking everything down into tiny, bite-sized tasks that aren’t difficult to accomplish, we combat these feelings of overwhelm.

This way, we are also less inclined to make excuses or procrastinate, given that these tasks are minor and not intimidating.

For instance, if I was insistent on being proficient in the French language, I would break down that goal by doing something small every day – for instance, memorising four new words.

To those who watched the interview, you have my sincere and heartfelt thanks. I hope that the pearls of wisdom Sabrina shared have helped you in the same way that it has helped me. I’ll see you in our next episode of Journey With! 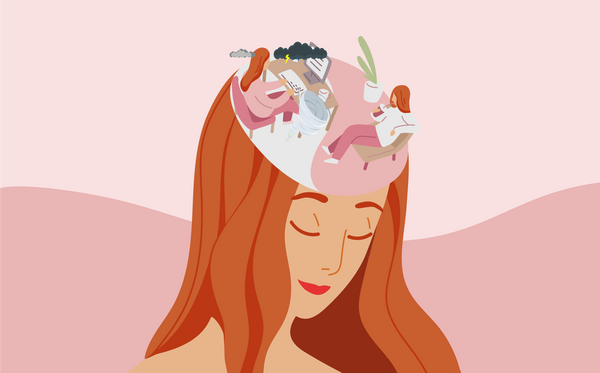 What does happiness mean to you? How do you make sure that your feelings of happiness are sustainable and not fleeting? 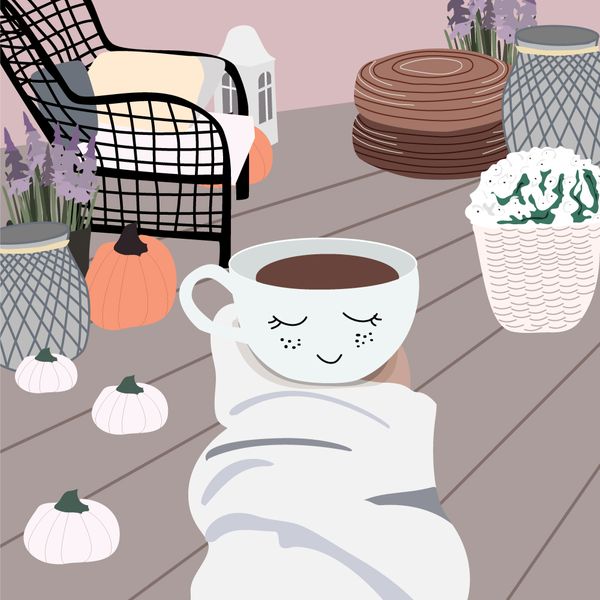 Here are some ways you can practice the actual meaning of Hygge. Spoiler alert: you don't have to buy $50 candles