I’ve always hated self-help books. I could never really understand why people felt the need to be told what to do or how to do things. My general stance initially was — if I ever face a problem, I’ll deal with it myself and if things go badly, the consequences is something I’ll have to bear alone.

This sort of edgy lone wolf mentality had some perks. It made me quite self-sufficient and forced me to be strong, even when things got rough.

However, this also meant that I had an almost masochistic attitude towards anything that happened to me or around me.

If anything bad happened, it is my fault. If I failed at a task, I only have myself to blame. If I was rejected from something, it is because I wasn’t good enough. With enough time, this sort of mentality slowly started to bleed into even the positive aspects of my life.

If I ever achieved anything, I attributed it purely to luck. If I succeeded in something, it was because I had help, and not because I was actually good at anything.

In other words, I was and still am a long-time sufferer of Imposter Syndrome.

What is Imposter Syndrome?

Imposter syndrome is a known psychological behaviour in which the person is:

Imposter syndrome is a very common psychological issue that a lot of people suffer from, regardless of whether they’re actually successful or not. This problem is also thought to be a form of perfectionism because, in a way, you are just never satisfied with anything you’re doing.

Overcoming Imposter Syndrome and learning to ignore that ugly voice in your head can be challenging. It can impede you from ever fully recognising and acknowledging your own worth. It can also be damaging to your mental health because it can lead to self-deprecation. i.e., You never feel like you deserve a break, or anything good in your life.

Step One: Learn to Let Go

Photo by Paul Gilmore on Unsplash

One of the most important steps in overcoming Imposter Syndrome is to acknowledge the fact that it is impossible to ever fully be in control of anything. Hence, if something bad happens, don’t take it too personally.

For instance, if you were rejected from a job position you wanted, don’t tell yourself, “This is because I wasn’t good enough.”

The fact of the matter is that the decision for who gets this position doesn’t rest with you - it is the employer that has the final say. Regardless of their reasons, you’ve already done what you could at that point in time. Anything that happens from here on out isn’t for you to bear.

Relinquish that need for control. Whatever happened has already happened. Take a deep breath and relax.

Photo by Noah Buscher on Unsplash

This can come in the form of journaling or even confiding in your friends. Have a support system for yourself. Simple things such as telling yourself one thing you are proud of doing everyday can have a positive effect on your self-worth over time.

Acknowledge and appreciate yourself for the things you have done, no matter how minor.

Create a positive feedback loop - you can give yourself a small reward for certain asks you’ve accomplished. It doesn’t have to be luxurious or very self-indulgent. You can do simple things such as brewing yourself a nice pot of tea after a meeting that went well.

The idea is that you need to regularly make small steps in acknowledging your own effort and actions.

Photo by Tachina Lee on Unsplash

If you find yourself downplaying your successes by making up excuses, ask yourself, “so what?"

So what? Plenty of successful people have had help. Most of the time, anybody that has achieved anything would’ve had some form of support — be it in the form of friends, family, good bosses and colleagues, etc.

Having help is a good thing.

It means that you’re not alone, and that there are people in your life who support you.

If anything, this is something to be proud of.

So what? If you think in-depth about any success story, you’re going to see that some element of luck and intuition had to inevitably come into play.

Did you know that the discovery of the microwave was purely by chance?

In 1946, Percy Spencer realised that a chocolate bar in his pocket melted more quickly than expected while experimenting with a vacuum tube. This led to him experimenting and eventually coming up with the microwave. Today, the microwave is an indispensable household appliance that we all use.

Can you attribute all his success to his single moment of serendipity? Of course not! It wasn’t just this moment of chance, he worked on this for a good year or two before successfully patenting the world’s first countertop microwave.

In the same vein, take a good look at your accomplishments. Maybe you were indeed lucky - but luck can only take you so far. Your accomplishments at the end are a result of actions that you’ve consciously chosen to take.

“I’ve somehow fooled everyone into thinking I’m really good at this, when I’m probably not."

How many times have you successfully “fooled” everybody? Have you been “fooling” everybody again and again? You must be one hell of a conman.

Any time you find yourself making this excuse, sit down and interrogate yourself. Keep asking “why?” and “how?”. Eventually that ugly voice in your head is going to run out of excuses trying to justify how you “deceived” everybody.

Step Four: Sit Down and Reflect

Photo by Anthony Tran on Unsplash

The Imposter Syndrome can often arise out of particular insecurities you have. For instance, mistakes you’ve made in the past, or insecurities about your career. Maybe you tend to compare yourself constantly to the people around you, or the people you think are doing better than you.

As much as we might like to avoid acknowledging these insecurities, we have to force ourselves to face them. Everybody has insecurities, so you’re not alone. Be honest with yourself and make a list of what you’re insecure about. Reflect on why you have these insecurities and take steps towards getting over them. Insecurities can hold you back from self-love and allowing yourself to be deserving of good things.

Know that in the end, it may be a long and difficult process. There aren’t any shortcuts for these sorts of potentially deep-rooted issues. Learning to overcome the Imposter Syndrome requires willpower and consistent effort.

Have you been feeling disconnected lately? Not from just your surroundings and the people around you, but also yourself? Get back in touch by asking yourself some fun questions! Dive in and discover your innermost thoughts, desires and feelings. 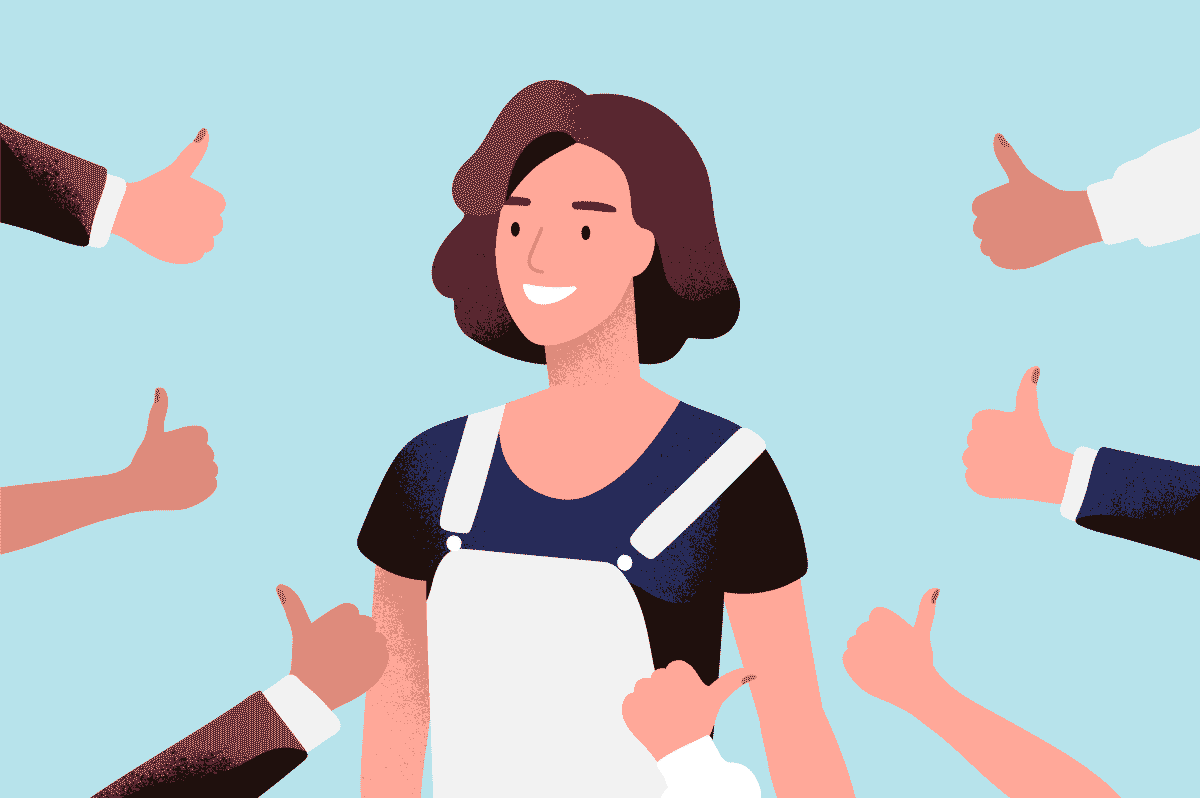 Dale Carnegie's How to Win Friends and Influence People has been hailed as a life manual, especially for the workplace - but how relevant is his advice today in our working culture?