Your habits ultimately determine and shape multiple aspects of your life. If you want to lead a more productive, efficient, and healthy lifestyle, a lot of it is dependent on the kind of habits you develop for yourself.

Be it wanting to improve your physical fitness, build stronger social relationships, become more productive at school or work, or gain composure and alleviate your anxiety, you need to develop routines and habits that can lead you to positive changes. This is a matter of understanding how habits work. Because if you can change your habits, you can change your life.

Photo by Drew Beamer on Unsplash

American journalist and non-fiction author Charles Duhigg has tackled this very matter in question in his book, "The Power of Habit: Why We Do What We Do in Life and Business". He breaks down the make-up of habits, and eplains how we can harness the power of habits to make them work in our favor. He proves that it is indeed possible to transform our habits to develop positive ones that can lead to a healthy lifestyle.

If you have had a desire to make a change in your life, but have been finding it difficult to keep those changes long terms, or you have been successful for a few days, but then find yourself not being able to keep up, this book can help you better understand the power of habit.

The Power of Habit by Charles Duhigg

Understanding The Habit Loop - The 3 Elements of a Habit

Many of us find ourselves adopting a "good" habit for a few days, and then falling off the rails after a few successful days. Duhigg explains that this happens when the craving for the reward from your former habit becomes so great that after a few days that you succumb and fall back into old patterns.

He explains that tacking this starts from gaining an understanding of what exactly makes up a habit. He posits that a habit is made of 3 elements:

During the routine, your body and mind carry out a series of almost unconscious actions that have been set to follow after a specific cue. The routine is made up of choices that we make deliberately and stop actively thinking about but continue doing automatically.

For example, you may automatically make a coffee once you hear your alarm and wake up in the morning feeling a little groggy. And the reward, feeling a little more refreshed and ready to carry on with your day with the caffeine in your system. After experiencing the reward, your brain activity increases again and this reinforces the link between the cue, routine, and reward.

This breakdown can help us really identify how much our day is made of up of true habits, and allow us to get closer to harnessing the profound power of habit.

The Golden Rule of Habit Change

He explains that this can be done by changing the routine, instead of the cue or the reward. If you change the routine, the series of actions that come after a trigger, you essentially change what contributes to the reward. And this small change in the habit loop can lead to a drastic change in your lifestyle. If possible, this can also lead to you nurturing a new, healthier craving as well.

Change is the only constant. But it is scary.

Often, change is met with a lot of it can be met with skepticism because of the doubt that follows. But we don't have to change every single thing. Duhigg suggests that identifying keystone habits and focusing on one or two things as priorities can manage this and lead to success.

The Significance of Will Power

Duhigg also notes that no keystone habit is more important than will power. Developing and exhibiting will power makes it less likely for one to develop bad habits

What's tricky about this is that will power is not something anyone is born with. It is skill that is developed over time with patience and practice. He suggests that will power should be strengthened over time, in order for one to be able to better set a plan and mentally prepare for it and whatever could possibly go wrong with it.

The Significance of Belief

Faith, will power, and belief are all equally important ingredients in forming habits and sticking to them.

Duhigg acknowledged that people are more likely to believe in groups or causes that are bigger than themselves. In groups, there is peer pressure, motivation, and people to journey with. This helps people believe in a cause, and also believe that change is very plausible.

Habits are a Responsibility

Duhigg states that it is truly up to you to change your habits. Upon understanding what makes up a habit, and being able to recognize that you do have the capability to change your habits, it becomes your responsibility to take the necessary steps towards breaking the bad ones and developing healthier, productive habits that serve your goals.

If you're looking for a way to start identifying your habits and be able to break them down to pinpoint what you can work towards changing, Journey presents the perfect platform for you to do so.

Journey is a digital diary app that can guide you on your mindfulness journey. Equipped with tools such as daily reminders, mood trackers, weekly planners, coach programs, to-do lists, a habit trackers, custom tags and more, the platform can be your tool to look into your habits and help you harness the power of understanding, creating and developing positive habits.

In essence, changing habits is a 7-step process:

We all adopt habits throughout our lives; both good and bad. Our routines are essentially a series of unconscious habits that fall within the 3-step loop of a habit; cue, actions, reward. It is normal to crave rewards, but the key to changing your habits lies in changing your actions and keeping the cue and reward the same. This is easier said than done, but starting with developing keystone habits is critical to your success. Thereafter, work on strengthening your will power to, and belief in change.

Photo by Brett Jordan on Unsplash 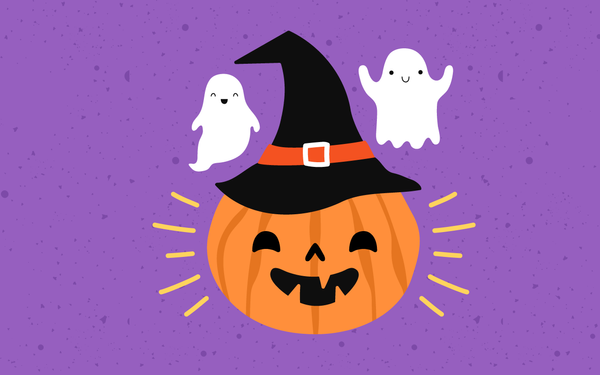 Spooky season is here! With a quarter of the year left, what better time is there to re-center yourself to continue being the best version of yourself than now? Take some space this Halloween to reflect and rejuvenate. Here's how you can continue being and doing your best!

For October, we are thrilled to announce that plugins are now available to guide your reflections with Journey. From being able to attach media to your journals to changing the color of your text, these plugins make your journaling all the more convenient and seamless. Read on to find out more!